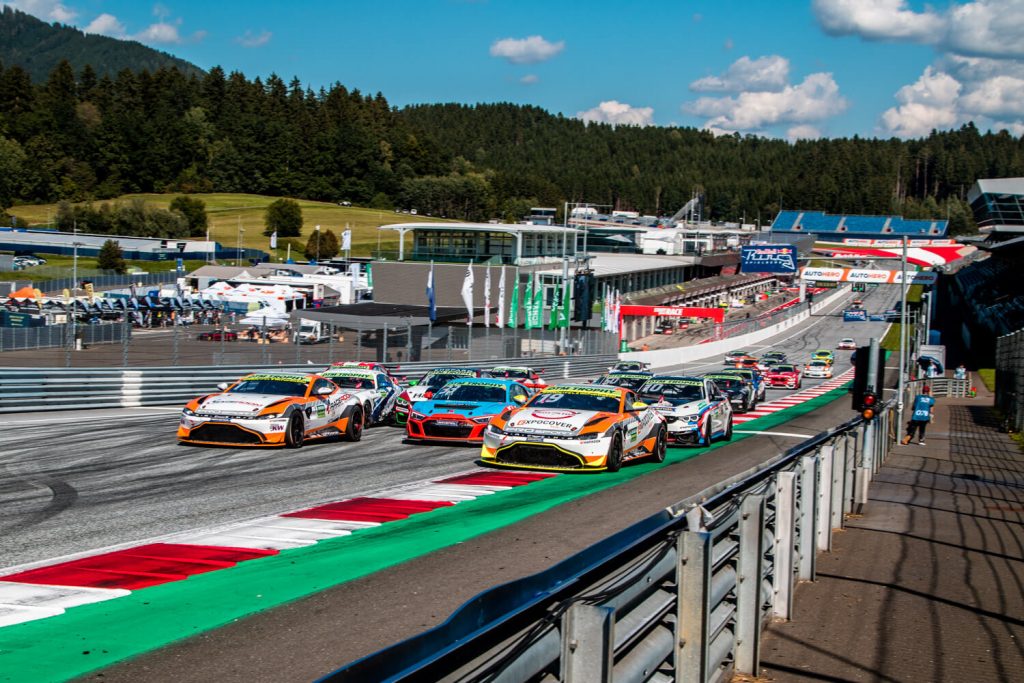 The team from Witten traveled to Styria with mixed feelings, hoping to be able to build on the upward trend of the previous weekends as far as possible on the 4.318 km Alpine circuit.

It was to be expected that it wouldn’t be easy for the three Audi R8 LMS GT drivers with the predicted temperatures. The practice sessions on Friday were satisfactory and particularly important for Sebastian Kornely (DE), who was competing in a GT4 car for the first time.

On Saturday, Lucas Mauron (DE), who was responsible for the team’s first podium success at the Nürburgring, set the car in fourth position on the grid and was able to set times within striking distance of the top. Some track limit violations led to a time penalty at the end of the 30-minute scoring run, which prevented a position within the points. In Sunday’s race, he unfortunately had a difficult start and finally had to retire the Audi on lap six after a technical problem.

Sebastian Kornely took his first races after a longer break from motorsport under his wheels. Since he traveled to Austria without any previous test days, he needed a few kilometers to get used to the car and the required driving style. Over the course of the driving sessions, he was able to improve continuously and crossed the finish line in 14th place in Sunday’s race.

Their teammate Sophie Hofmann (DE) had difficulties on both days in qualifying to exploit the optimum performance of the car. In the end, however, she finished 13th in Sunday’s race, her best result in the DTM junior series.

Rafael Kliem (Team Principal): We already expected that it wouldn’t be easy for our drivers in these temperatures. In qualifying Lucas was within striking distance of the front runners, but unfortunately we weren’t able to match this pace in the race. Sebastian and Sophie did a good job and were able to improve further, so we’re looking confidently to the second half of the season.

Sophie Hofmann (Driver #17): The Red Bull Ring is a really nice track and it was fun to drive here. Finally there were fans in the paddock and in the stands again, which I was really happy about! From a sporting point of view it could have gone better, but I’ll continue to work hard on myself and hopefully improve further.

Sebastian Kornely (Driver #31): The weekend was very instructive for me and I had a lot of fun! Everything was new for me – the series, the car and the team. I felt comfortable from the first second and was able to improve my times during every session, so I want to build on that.

Lucas Mauron (Driver #33): The practice sessions were okay, but in warm temperatures we have problems keeping up with the turbo cars due to our vehicle concept. It was a real shame that I had to retire the car on Sunday – but we’ll be back at it again in Assen!